Down through the ages, inspiring mottos have been ascribed to legendary warriors.
It unifies them behind one banner. Focuses them on the task ahead. Inspires them to sacrifice, honor and victory.
But what happens if such heroes are plucked from the familiar and stranded in a fight not of their making on a world far, far away?
Find out as we join the lost 9th Legion of Rome; the 5th Company, 2nd Mounted Rifles; and 4 Troop, X Squadron SBS on their epic adventure against a foe forged in their worst nightmares. 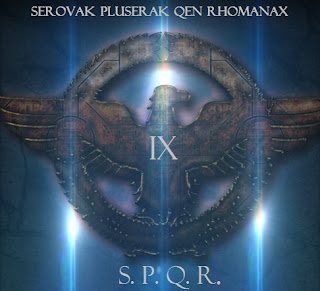 Sometimes, death is only the beginning of the adventure.
Posted by Andrew P. Weston at 11:05 PM