The IX
Our Story So Far 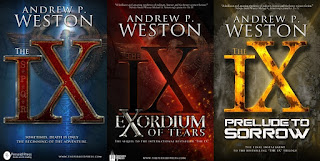 Last week, we reminded ourselves of the story that started our galaxy-spanning adventure:
The IX, an epic that saw Roman Legionaries, cowboys, and near-future commandos snatched from Earth at the moment of their deaths, only to be taken to a planet on the far side of the Milky Way where they were forced to fight in another world’s war against seemingly insurmountable odds.

That they gave an honorable account of themselves was noteworthy.
That they managed to turn the tide against a relentless foe, a marvel.
That our heroes survived to live another day, a miracle in itself.
Time to relax and celebrate, you might think?
Welcome to the second chapter of their story… 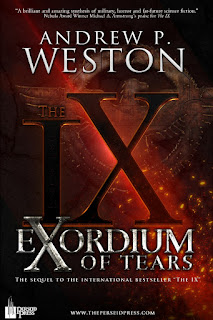 A brutal tenet by which the refugees from Earth – including the lost 9th Legion of Rome; the 5th Company, 2nd Mounted Rifles; and the British Special Forces anti-terrorist team – were forced to endure while the Horde menace existed.

Now that threat is over, the survivors long to settle down and reclaim the lives stolen from them. However, such aspirations remain beyond their rose-tinted reach, for darkness looms on the horizon – unloving shadows that not only threaten the future of Arden, but the universe too, revealing once again that…

Stay tuned for the culminating chapter next week