The Soldiers of the IX 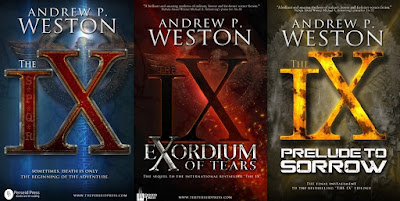 By now, most of you will know the premise of The IX, a science fiction space opera portraying an alternative scenario as to the fate of the legendary “lost” 9th Legion of Rome who marched into the mists of Caledonia circa 100 AD and were never seen again.

I took the enigma of their disappearance further and used it as the inspiration behind my idea – adding a frictional nineteenth century U.S. cavalry unit on a secret mission for Presidential candidate Abraham Lincoln, and a near-future SBS Special Forces anti-terrorist team to the mix.

That recipe proved successful, attracting the attention of the esteemed Janet Morris, who invited me to write for her independent press. The first book in the series, The IX, was published in e-format, trade paperback and hardcover in 2015.
The series has been critically acclaimed by some of the leading lights of speculative fiction, Nebula award winners, film and TV pundits and various award winning science fiction and fantasy sites. Indeed, it held the #1 slot, internationally, for six of its first twelve months in print.
I’m pleased to say; the series managed to maintain a healthy momentum, with the release of the sequel – Exordium of Tears – in 2016, and now, in February of 2018 with the much anticipated concluding chapter, Prelude to Sorrow.

But why did I choose those particular soldiers to accompany the legionaries on their epic journey?

What is it about their training that I felt would add the right ingredients to an already spicy recipe?

And how would a combination of their skills and expertise swing the tide in a relentless war? 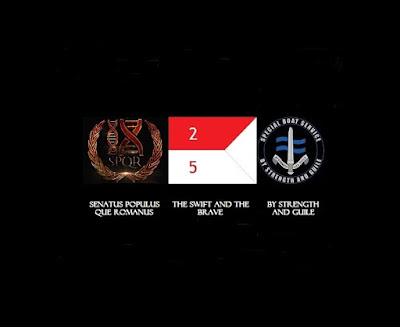 Find out for yourselves from next week, as we take a look at:

Roman Legions. Part I of - The Soldiers of The IX
Posted by Andrew P. Weston at 7:01 AM