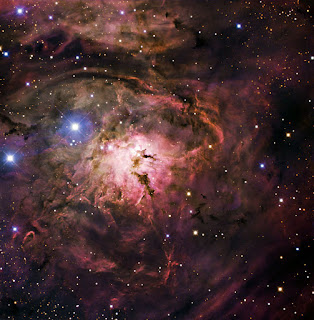 Last week, I introduced you to the Verianda Nebula where most of the action takes place in Exordium of Tears: It's an interstellar dust cloud, light years across, comprised of regular and rotating super black holes. I also explained why you see the red tinge in the outer dust field - an effect caused by excessive gravity that tends to bend light toward the red end of the visible spectrum.

But what do our intrepid explorers find inside?
Let's take a look into my mind's-eye and  start building an impression: 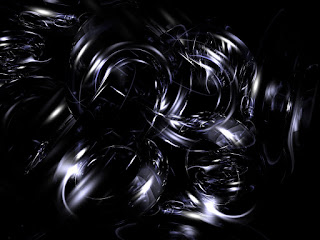 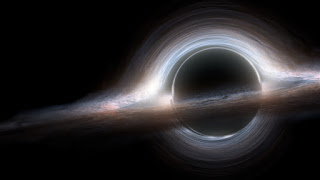 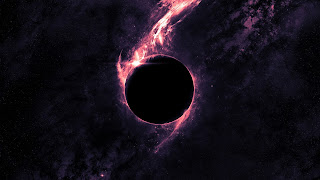 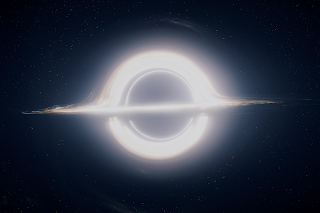 Remember, you can't see black holes. But you DO see what they generate; super bright accretion discs created by everything that falls prey to their gravity. It all gets crushed.
So, imagine looking all around you, and seeing nothing but endless black, interspersed by frozen photo negative halos of white (and red-shifted) light. An incredibly, awe inspiring sight. Mesmerizing, haunting, and deadly, because don't forget, this area of space would be full of conflicting gravity shears, that would tear all but the densest materials apart.

Now you begin to appreciate why I envisioned such a strong ship to take our heroes into battle.

Do you remember this close representation of the Shadow of Autumn? 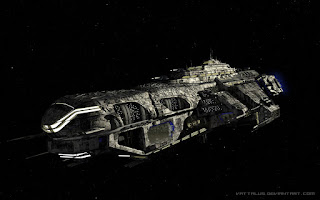 (Thanks, once again to DeviantArt)

HOWEVER,
there are some things that could exist within such a nebula, especially in the less cluttered parts of the dust cloud. What might they be? 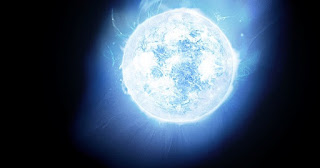 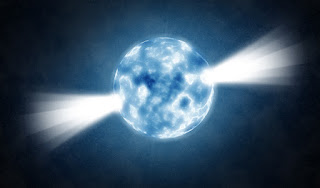 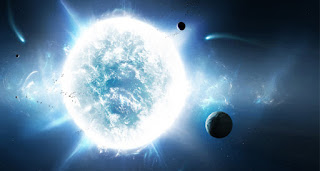 Say hello to the neutron stars of the Verianda Nebula.

Neutron stars are the smallest, densest luminaries in the universe. They result from the gravitational collapse of massive stars after supernova. (In a way, you could say they're 'failed' black holes - after all, they're halfway there). They average only seven miles in diameter. Even so, such a neutron star would contain twice the mass of our own sun. Incredible, eh? And, they are more than capable of parenting planets.
(Do you see how we're setting the scene for Exordium?)

The thing is, some neutron stars rotate. Those are called Pulsars, highly magnetized rotating neutron stars that emit massive beams of electromagnetic radiation, hundreds - even thousands - of times per second. In addition, you might also find a variety of incredibly small, dim, dwarf stars - such as brown or black dwarfs).

Now, think about such an environment and what it would do for creatures that feed on energy?Do you see? Such a banquet would be a great source of sustenance for the masters of the Horde race, and help explain why they've become so strong.

So, we set the scene for the next stage of our world building experiment as we home in on Exordium itself and the tiny star system that surrounds it.
What do we find?